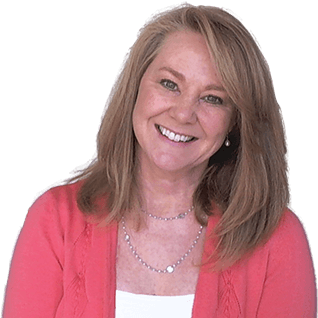 Please note: The Gold Standard EFT Certification Program is now closed and Tina Craig is no longer teaching EFT. The information below is provided to help you evaluate the credentials of the practitioners on our list.

From 2005 - 2015, I had the extraordinary honor of working alongside Gary Craig, the Founder of EFT....who is also my Dad.  As more and more people learned EFT, we discovered that while allowing it to be passed around without restriction was a wonderful gift to the world, it was not promoting the kind of professional quality or consistency we hoped to see. The training videos were based on Dad demonstrating his most masterful skills, but they were not communicating all the steps he took to get there. Fortunately, I was in a unique position to translate.

His refinements came from all the individual skills he had developed on his own path, and because I was along for most of that ride, I could easily see how to break his masterful approach down into teachable parts. I was able to convert the videos into much better teaching tools by adding tutorials and study guides, then went a step further by designing and directing our online certification program at EmoFree.com.

Eventually we created Gold Standard EFT to distinguish his version from all the variations and creative approaches out there, and we co-authored the Gold Standard EFT Tutorial as a comprehensive online resource to teach EFT to the public as he originally intended. As a result, I have developed my own masterful specialty in teaching the mechanics of EFT.

In 2010, I had the opportunity to design a certification program for ACEP, the Association for Comprehensive Psychology. I started with all the material I had designed for the EmoFree.com program and developed it further into a complete professional training. Since then, I have been teaching and mentoring licensed mental health professionals to use EFT with their diagnosed cases, as well as other healing and wellness practitioners to make the most of EFT for their clients.

By 2015, my adventure with ACEP was complete, and Dad took EmoFree.com further into the spiritual realm with his latest development, Optimal EFT. I continued to teach and certify professionals in Gold Standard EFT until the end of 2018, but have now moved on.